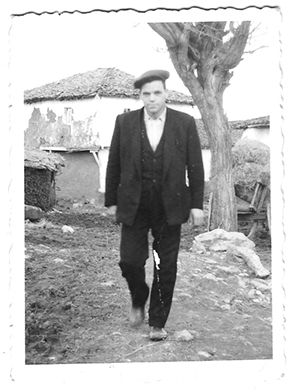 Founder of Matli Food Group, Omer Matli has begun his business life in 1965 doing onion trade in Karacabey district of Bursa. Switching to animal trading and dairy farming in parallel to this by the beginning of 1970s, Omer Matli, with the commercial credit and reputation he attained from these businesses, has started paddy business and put a step from trade to industry with the paddy factory he founded in 1980. Omer Matli has decided to produce stock feeds in 1986. This investment decision has become concrete with the first cattle feed produced in 1988. 10 tons of milk and cattle feed per hour was being produced in the factory in Karacabey. The target group was at first the dairy and feeder cattle breeders in Karacabey, Mustafakemalpasa, Bandirma and near. In 1992, a corn drying facility has been added to this first factory. Matli Food Group has stepped into a brand new sector in 2010 and begun egg production.

Matli Food Group has achieved a turnover of 2,4 billion TL in 2019. This means an increase of 28 percent compared to 2018 and within it feed is taking the first place with 2 billion TL which’s followed by commercial product trading with 220 million TL, egg production with 174 million TL and milk production with 5,9 million TL. The feed producer of Turkey, Matli Food Group, with its’ feed brands Proyem, Bilgi Feed, Kabul Feed, is producing cattle, ovine and poultry feeds in its’ facilities located in Konya, Corlu (Tekirdag), Turgutlu (Manisa), Samsun, Gaziantep, Burdur and Polatli (Ankara) as well as Karacabey.

As of by the year 2014, Matli Food Group has become active began to market its’ products all at once in six geographical regions of Turkey (Southern Marmara, Thrace, Middle Anatolia, Aegea, Black Sea, South East Anatolia). Selling 1 million 310 thousand tons of feed in 2019, Matli Food Group is aiming to produce 1 million 750 thousand tons of feed in 2021 and keep the title of “Turkey’s feeder”.

We’re intended to raise the number of our factories to 10 with our factory investments in Diyarbakır in 2022 and in Nigde in 2023.